Before refactoring logging of network module, the module collects all logging statements, and at the end returns them as “warnings”, so that they are shown by ansible. Obviously, these are not really warnings, but rather debug information..

We can reproduce this network module bug by doing qemu test.

How to resolve it

The logging messages should be returned in a different json field that is ignored by ansible. Then, the tasks/main.yml should have a follow-up debug task that prints the returned variable. In the failure case, the network_connections task must run ignoring failures to reach the debug statement. Then, a follow up task should check whether the network_connections task failed and abort.

What is the result

After bug fixed, we can also use the same qemu test to compare the result: 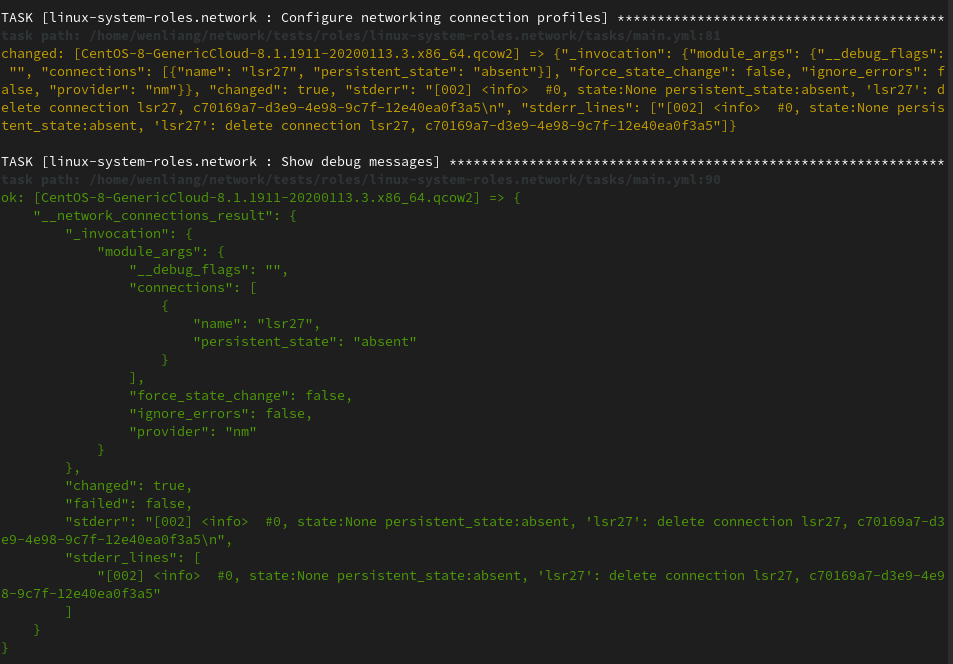 Beyond that, we also have some assertion to confirm that we indeed separate Info and Debug logs. In ./tests/tests_default.yml, we have the following testing code to assert no warning in _network_connections_result.

The following Ansible logs is extracted from same qemu testing result after the bug fixed:

I made a demo video to show the bugs and refactoring logging of network module after bug fixed, as well as additional test cases running result. 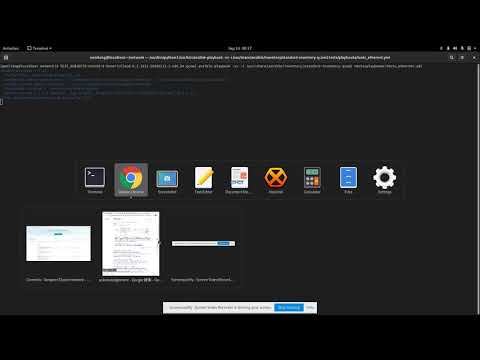